The AEC Hackathon 4.0 SF was held January 6-8 at the Microsoft Reactor Space in San Francisco.

Damon Hernandez has organized another of his forward-thinking, collaborative education events, bringing together design, construction, gaming and software programming professionals to identify improvements needed in our industry.   Damon is a supporter of CSI. We will have him come to the East Bay Oakland chapter to talk about his efforts with the AEC Hackathons and his company IDEAbuilder,and the state of digital fabrication in the construction industry.

Damon kicked-off the hackathon on Friday night with his overview of the AEC Hackathon, it’s purpose, how it works, a recap of some past events and the results produced by teams.  Damon also thanked the event sponsors, especially Microsoft for hosting the event and providing some virtual reality gear and other hardware for use by the teams.

Then David Chiu, California State Assemblymember for District 17, spoke to the group describing his efforts to address the needs of more affordable housing and improving infrastructure in the city and the state. He sees events such as the AEC Hackathon as steps to improve our knowledge and generate new ideas to improve delivery of design and construction projects to the built environment.

Then people who had ideas they wanted to work on presented them to the group in the “lightning round”, you have a few minutes to say what your idea is and what kind of help you are looking for to form your team. After the lightning round, folks mingled to follow up with thoughts and ideas in an attempt to form teams.

Saturday and Sunday teams continued to work on their projects with final presentations on Sunday afternoon. AEC Hackathon has a YouTube channel where results of events are posted.

If you check out the AEC Hackathon website, you will see that these events are held all over the world. The next event is in Seattle. 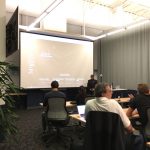 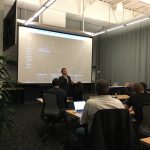 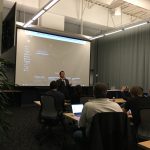 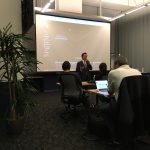 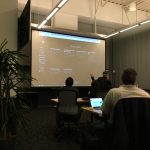 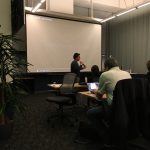 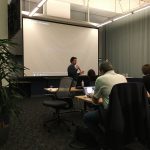 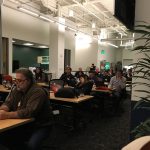 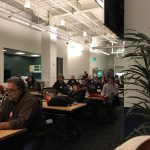